Subscribe to RSS
Reasons For the Yearly Flooding in Nigeria 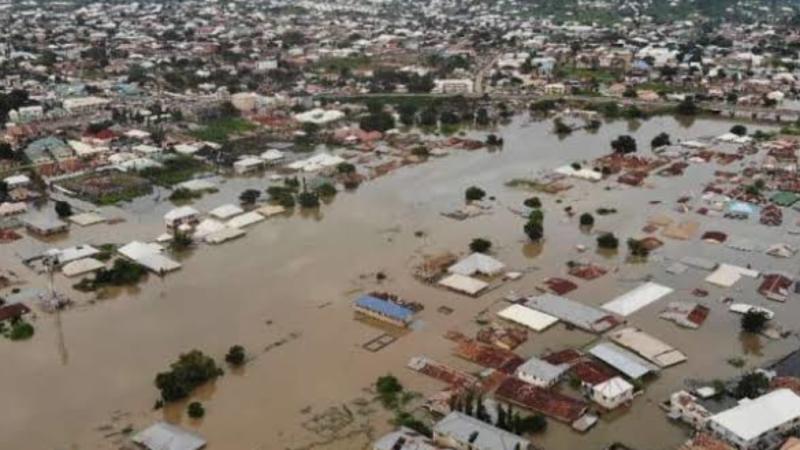 Waking up to the realization that your house and valuables are submerged in water could be disheartening.

A lot of Nigerians have been displaced from their homes. Properties and lives have been lost in the past few weeks and it is sad.

A lot of folks in the affected areas have been hoping and waiting for the water to dry up so they can go back to their normal lives.

What is the possible cause of the yearly flooding In the country?

What is a flood?

Flood is simply the overflowing of water that submerged lands usually found to be dry.

How the yearly flooding occurs in Nigeria

The building of the Dam called the Lango dam in Northern Cameroon commenced in 1977 and was finalized in 1982.The present flooding has claimed lots of lives and properties in Kogi state and has also ruined districts in Benue, Adamawa, Taraba, Anambra, and Nasarawa state.

An information was passed in September by the National Emergency Management Agency and the Nigeria Hydrological Services Agency. They  informed Nigerians that “the Lagdo Dam in the Republic of Cameroon was to be opened to release excess water from the reservoir on September 13, 2022.”

The agents were well aware that the released water moves down into Nigeria, through River Benue and its affluents, which causes overwhelming effects on communities that have already been impacted by heavy rainfall”.

The flooding implicating Kogi state mainly did not start today. The problem can be traced back to the 80s when the Nigerian government failed to honor an agreement it had with the Cameroonian authorities.

Back in the day, Cameroon and Nigeria had an agreement to build two dams. This was such that when water is ejected from the Cameroonian dam, the Nigerian dam would contain it and prevent it from causing floods.

So, to buffer the impact of possible flooding from the Lagdo dam in Cameroon, the Nigerian government agreed to build a shock-absorber dam tagged "Dasin Hausa Dam" in Adamawa State.

The Dasin Hausa dam in Nigeria 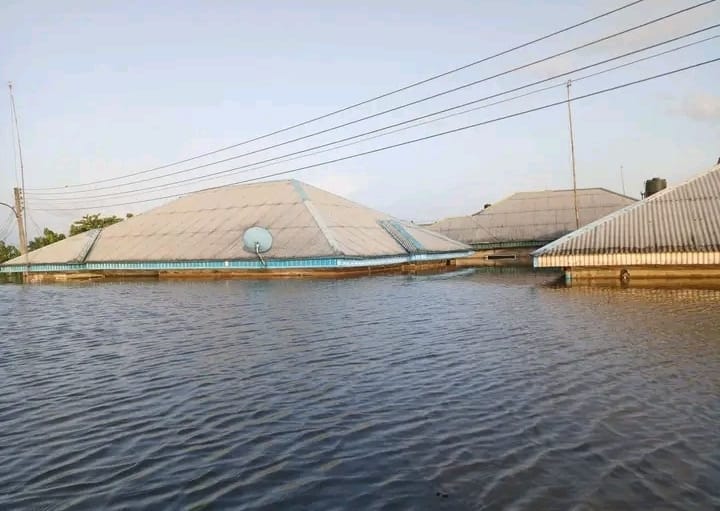 According to the agreement between both countries, the Dasin Hausa dam is supposesemed to be two and a half the size of the Lagdo dam. On one hand, the Lango dam was built to supply electricity to the northern part of Cameroon and sustain the irrigation of 15,000 hectares of crops downstream.

Just like the Lagdo dam, the dam project for Nigeria is at the Dasin Village of Fufore Local Government Area of Adamawa State was presumed to generate 300 megawatts of electricity and irrigate about 150 thousand hectares of land in Adamawa, Taraba, and Benue states.

But it's unfortunate that since 1982, the Nigerian government has not completed the building of the Dasin Hausa dam.

This results in the flooding anytime the Cameroonian government releases excess water from the Lagdo dam. Communities in Kogi, Benue, and northeastern states are majorly affected.

According to the ambassador of the National Emergency Management Agency, Manzo Ezekiel, the 2022 flooding is the highest Nigeria has ever experienced since 2012.

The flood in Kogi has deposed thousands of Nigerians resident in the Ibaji Local Government Area of the state. The area has completely been submerged.

Six persons have reported dead including an infant and over 600 hectares of farmland containing rice and several buildings have been destroyed.

Since the opening of the Lagdo dam in September, over 3000 people in Benue state have reportedly been affected while about 1,200 buildings are reported to have been maimed.

In Jigawa state, an amount of 90 people have died from the flood, while over 600 thousand persons in six local government areas have been displaced by floods according to Nigerian Tribune.

Years after the Nigerian government failed to build a dam to deal with the yearly flooding issue in states and communities along River Benue, the Federal Government of Nigeria has made an unsuccessful move to curb the recurrence of the 2012 devastating flood.

In 2013, Nigeria sent a delegations to Yaounde, thee capital of Cameroon to discuss with the country’s authorities on the matter. They also demanded a commitment from them on how to handle the periodic flooding in Nigeria.

At the meeting, Nigeria and Cameroon signed a directive of understanding, which entails information between the two countries concerning rainfall and how to manage the discharge of excess water without leading to disasters.

It was also approved that before the Lango dam is opend, Cameroon must issue an early warning to enable Nigeria put prescient measures in place to prevent the damage of lives and properties.

This treaty, however, has failed to adequately handle the flooding issue in Nigeria.

What Can Be Done?

The solution to the persistent flooding in Nigeria lies solely in the hands of the government. The government should take full responsibility for completing the Dansin dam in Nigeria to prevent the recurrence of this disaster. Speculations suggest that the dam is 90 percent completed.

It is sad to note that, rather than completing the construction of the Dasin Hausa dam, the Nigerian Government rather put Nigerians in Kogi, Edo, Delta, Bayelsa, Benue, and some states in the northeast in a state of confusion and panic before the water released finds its way to their communities.